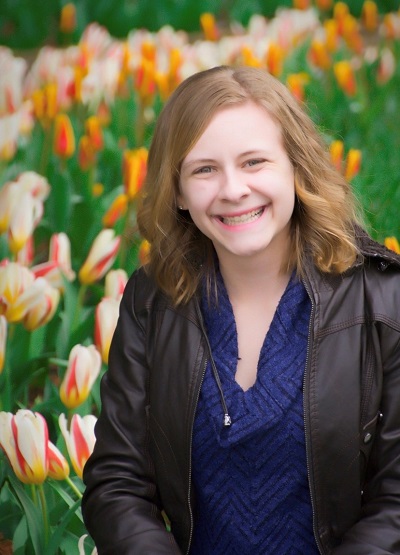 Elizabeth Gabler was recently named one of The Mars Generation’s 24 Under 24 Leaders and Innovators in STEAM and Space Award recipients. This is a world-wide, annual program which serves to recognize young people making an incredible impact and effecting change in the world through science, technology, engineering, arts, mathematics (STEAM) and/or space. “I was absolutely shocked when I found out, and I am grateful for this program that empowers young people to explore the field of space,” she expressed.

Growing up, Elizabeth attended the El Dorado County Office of Education’s (EDCOE) Charter Home Study Academy and was part of El Dorado High School’s (EDHS) Class of 2015. She first became interested in space when Forrest Lockhart, Community Observatory docent, visited her science class at EDHS. She was fascinated and quickly became a volunteer at the Observatory. Her mother, Steph Gabler, noted, “We are so proud of Elizabeth and grateful for the education that EDCOE and EDHS provided her!”

For Elizabeth, volunteering at the Community Observatory is what helped shape her career path around the aerospace industry. It ultimately led her to an internship at Aerojet Rocketdyne during her sophomore year of college, where she became the youngest member of NASA’s DART (Double Asteroid Redirection Test) team. Additionally, Elizabeth has worked as an Outreach Coordinator at the California State University, Sacramento (CSUS) Society of Physics Students, where she helped run the new CSUS planetarium, putting on shows for the public and managing four field trips a week for grade school students.

Elizabeth truly enjoys educating the public on astronomy, as she believes aerospace can inspire anyone, anywhere in the world. She recently graduated from CSUS and accepted the position of Research and Development Engineer at McClellan Nuclear Research Center administered by University of California, Davis. Elizabeth’s long-term goal is to work with NASA, and to make a difference inspiring the next generation of space explorers. “The space industry has become a large field after the moon landing and the desire to go to Mars. There is a wide variety of well-paying job opportunities for individuals who like to discover new things,” she explained.

The Mars Generation is a one-of-a-kind nonprofit organization founded in 2015 by then 18-year-old Abigail Harrison, known to many as Astronaut Abby. At 13 years old, Abby was embraced by the space community as a leader of her generation, the Mars generation. For more information about The Mars Generation, visit www.themarsgeneration.org

For more information regarding the Community Observatory, visit communityobservatory.com